Following the much publicised issues with the Day of Infamy print run, I decided to commence work on Barbarossa earlier than planned (the original idea was to start once DOI was shipped).  To that end I have spent 3 or 4 days working on the maps and working up problem fixes for the research team.  To that end it is worth letting you know about progress:

1.  Maps are now about 72 hours from print proofing.  That is a major task out the way as there are 18 map segments which is not a minor task!

2. OB development is in hand and progressing rapidly.

3. At Start development is in hand and is quite far advanced.

4. Counter art – once CS has been done (the first generic one as it will duplicate existing ones) but the balance need to be created.  This will take a minimum of 6 weeks.

5. Original box art is done for one of the two boxes.  The second one will be a different cover art (the back will remain the same).  I will do that once I get the maps out the way.

As soon as the counters are complete Barbarossa will go to the press – which in the first instance means a major chunk of proofing, particularly on the counters and maps (for obvious reasons).  I anticipate 20 or 24 counter sheets in the box – it will not be 16!

Our whopping Spring sale is ON NOW! 10% off all qualifying pre-order and download game editions and a whopping 20% off in-print games! 30% off Singapore General’s too! 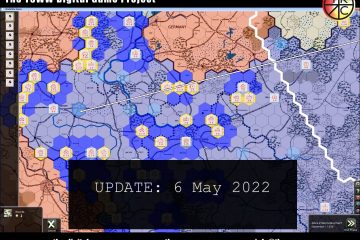 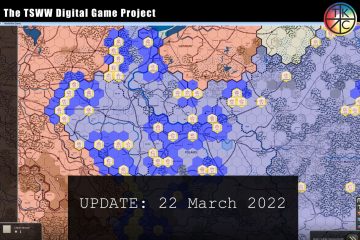 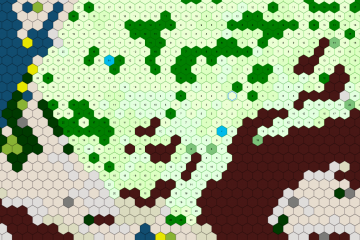 The development of the digital version of TSWW is continuing apace. We have some updates from star programmer Bob for you all!