The War in North Africa, the Near East, and East Africa.

Following the success of Balkan Fury, and the costly reprint of the Blitzkrieg counters, I decided that the company really needed to make a splash… and not nose first into the pavement.  To that end, despite a few strong discussions with the team, it was decided that the next game to be released would be our take on the famous campaigns in Africa.

Following a tangential dig through some websites, and a chat with Cory, the game was titled Mare Nostrum – which in Italian we understand to mean “our sea”.  This quote, made by Benito Mussolini was quite well known as he made it just as Italy entered the war, claiming (in outline) that the British were finished, that Italy was the central power in the Mediterranean, and that the Mediterranean itself was in effect the sole preserve of Italy, and its not inconsiderable, and of course, very pretty fleet.

Having had a “flag” based box for Balkan Fury, and after some consideration of what is now going to be a Limited Edition lid, I decided that something a bit more resonant with the colours and textures of the desert I grew up with was a better idea – something which I think really worked.  The Image used was of British infantry attacking at El Alamein – most likely from 51st Highland Division – at night during the initial phases of 3rd Alamein.  The image is quite famous – and after a bit of thought I added Tommy – the extra chap attacking in the middle foreground to give the image a bit more punch.

Colours are all drawn from the middle eastern palette of pale browns, pinks, and yellows giving the box a very “dusty” feel, which is quite unlike anything else that has so far been seen by me in relation to North African campaign box art by our competitors, who all seem to go for the normal hackneyed images of Rommel or Montgomery, Kasserine or a panzer driving across the desert.

That art remains one of my preferred boxes and as such will remain the primary box art for Mare Nostrum v2.  However, given the very high cost of the new game based on its massive content and expanse of counters, I felt we needed something else… To that end the limited edition will be the very striking image of the Conti de Cavour sunk at Taranto following the incredibly successful Fleet Air Arm air strike on the naval base at that port.

The use of the Italian flag is intentional, making the point that hubris and arrogance tend to come before a fall.  The FAA air strike, which was much more effective in real terms than the trumpeted IJN air strikes on Pearl Harbour given the paucity of aircraft involved at Taranto, changed the entire course of the war in the Mediterranean, removing Italian naval parity or local supremacy for 6 to 8 months, during which the Royal Navy sank or damaged a further 20 odd ships across the Central and Eastern Mediterranean sea.  The moral blow hammered home was one from which the Regia Marina never really recovered, and despite on occasion heroic efforts, the RM failed to maintain Axis forces overseas with any reliability.

The juxtaposition of the images – the proud Italian flag over the forlorn sunken battleship is a really striking image, whilst the original art, which has a much more impressionistic feel to it, retains the black humour of the topic at hand… YOUR SEA?  REALLY? The British were incensed at Mussolini’s decision to declare war, and his foolish hubris led them to work incredibly hard to reopen the vital Mediterranean convoy route, by inflicting a decisive defeat on the Italians.

Only diversion of resources from the Desert and the rapidly increasing involvement of the German military in the area stopped in our view the British Empire regaining full dominance of the Mediterranean theatre in 1942, which helped cause the catastrophic defeats suffered by the British in the Far East.

Mare Nosrtum is now back on pre-order, and much work has already been done to accelerate the game towards full reprint and revision.  You can of course pre-order the game on the website at (PLEASE INSERT WEB PAGE LINK), but if you already own the game please contact us using the contact us form to get a discount of 10% over an above the pre-order discount…

Juste a little precision : “Mare nostrum” is latine, not italian. 😉 This is how Romans called Mediterranean Sea. Since Mussolini wanted to bring back Roman Empire to life, he used this ancient expression for himself.

I am aware of that – and Mussolini in his hubris elected to be a fool… Anyway…. MN 2 will come out in a year or two (lots of new stuff to do as well) and I hope you are enjoying the games! 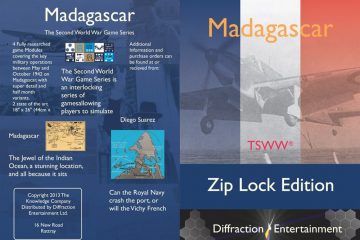 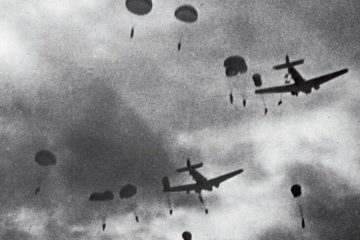 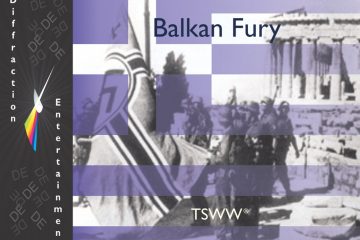